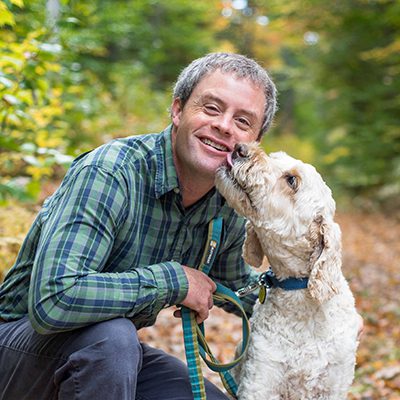 Nichol is a lifelong Mainer. He was born in Portland. Nichol spent his childhood enjoying all that the ocean and mountains of Maine have to offer.  Nichol has only once lived out of the state to pursue his undergraduate degree at Brown University.  Nichol then fulfilled his lifelong dream of moving west by migrating west of Portland toward the border of New Hampshire, where he now lives.

Nichol spent many years as a field guide at Summit, beginning in the fall of 2003. Inspired by his work at Summit, Nichol received his Masters In Social work from the University Of New England. He began working full-time as a therapist at Summit in 2008.

Later, Nichol became the Clinical Director of Summit Achievement. He served in that role for many years, though now he is currently the Executive Director of Summit Achievement. While he loves his leadership role, he still carries a small caseload as a therapist. Nichol’s areas of expertise include cognitive-behavioral therapy, family systems theory, and social coaching. Additionally, Nichol is certified in EMDR (eye movement desensitization and reprocessing therapy) and Mindfulness. In 2018 Nichol became a co-owner of Summit.

Nichol and his certified therapy dog, Baxter, are often found walking through the woods with students or joining them on their wilderness expeditions. When not working with students and families, Nichol can be found working on his small farm in Western Maine with his family cultivating therapeutic metaphors.